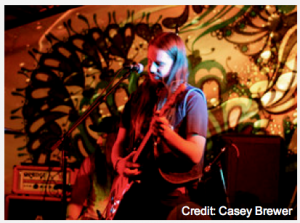 After learning Radio Moscow front man, Parker Griggs was arriving in Austin with a new rhythm section in tow, we were a bit concerned the show would not measure up to their great set at Austin Psych Fest last year. Griggs mentioned early in the set they had only been playing together two weeks. Although there were a few rough patches early on, overall the performance was mind-meltingly, crowd-pleasing. After seeing short sets at Psych Fest and Wednesday’s opening set for Swedish psych-rockers, Graveyard we are looking forward to seeing Radio Moscow headline next time they come through Austin.  …. [READ MORE]

Up On The Sun Interview Radio Moscow + Graveyard: Only three days of the tour remain.